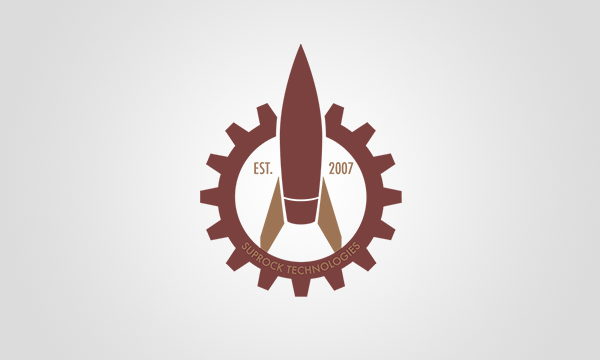 Grid behavior in today’s power generation environment is a stochastic system that is more variable than in the past. One common issue is the response to economic dispatch, in which formerly baseload thermal generation units are now operating as load-following or peaking units and incurring substantive mechanical and thermal stress. Operation of these units outside of original design basis has serious implications for long-term component health.

Monitoring of shaft dynamics using the Turbine Dynamics Monitoring System (TDMS) can enable plant operators to better understand risk from grid interactions as well as observe changes in shaft characteristics over time that could be attributed to degradation.

Utilizing TDMS in the Field

An Electric Power Research Institute (EPRI) study is leveraging the TDMS hardware to explore questions about shaft torsional excitation caused by the modern grid. The research also investigates the consequences of low- or partial-load operation of steam turbines—particularly the effect of varied backpressure and steam flow conditions on final stage blading.

In December 2016, EPRI and Suprock Technologies successfully applied TDMS Quad Telemetry at American Electric Power’s (AEP’s) Donald C. Cook Nuclear Plant Unit 2, as part of torsional frequency verification after a turbine upgrade. Past attempts at torsional tests of this unit had resulted in hardware failures. The shaft diameter and environmental conditions were outside of the maximum operating specifications of alternative telemetry systems.

The D.C. Cook Unit 2 Alstom turbine retrofit paired with the existing generator rotor did not exhibit any torsional modes inside the avoidance zone near 120 Hz. Figure 1 shows the resulting torsional data from the test. The graph shows the synchronous data from both tangential acceleration and torsional strain. 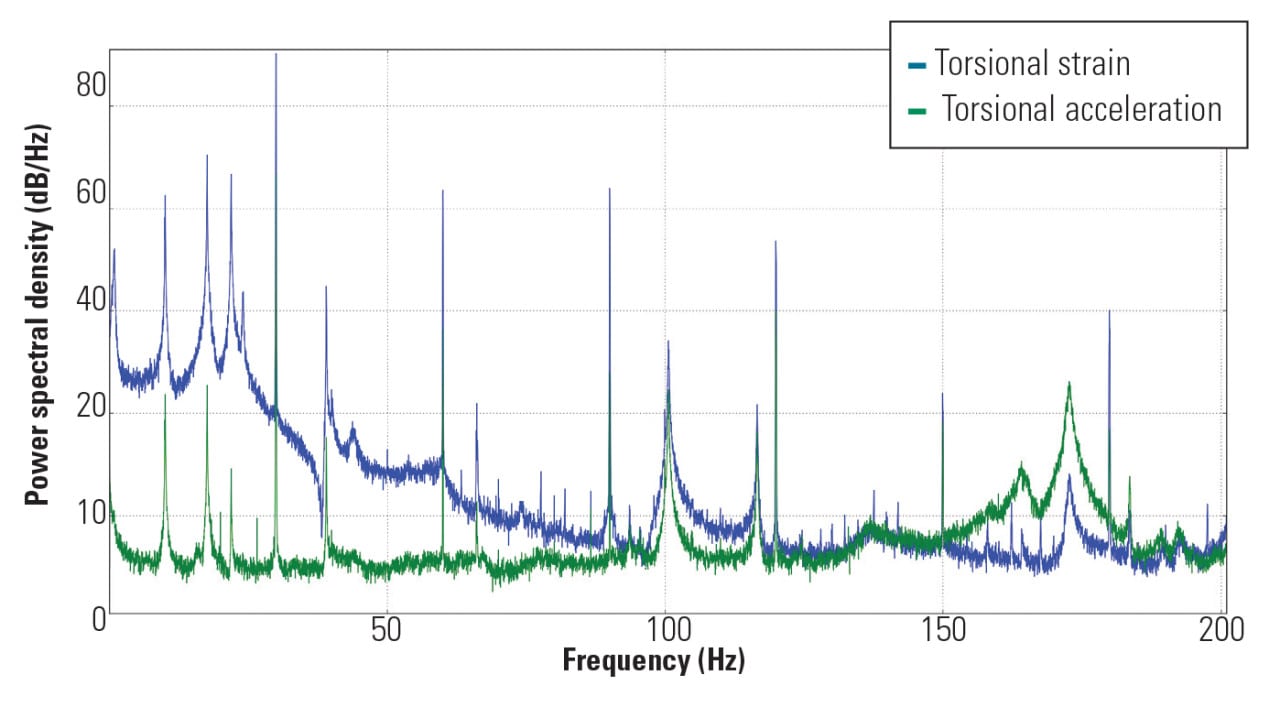 The advantage of capturing both motion and strain is that monitoring both types of dynamic energy provides a better picture of the torsional failure modes than would otherwise be observed from a single axial installation. EPRI and Suprock were able to address the plant’s needs by developing the TDMS Quad Telemetry, which synchronously captures four rotor-dynamic variables of torsional strain, tangential acceleration, lateral strain, and radial acceleration.

The D.C. Cook Unit 2 application presented a number of challenges. For example, it was conducted with the rotor in-situ in the bearings, in a location of tight axial clearance, with partial shaft access during installation, operating inside a bearing housing oil mist, and with concern for locally high temperatures (greater than 250F). The installation was housed inside a tight, roughly 5-inch axial space between an oil deflector and bearing housing wall.

The telemetry captured data during the initial turbine startup, but it also remained online for the duration of power ascension over several weeks. This demonstrated the ability of the TDMS to provide data on demand while maintaining a flexible plant schedule.

The TDMS is externally powered and battery-free. After the initial roll-off, AEP engineering staff members were trained to operate the TDMS and continued collecting data without requiring telemetry technicians to be on-site. The capability of the TDMS resulted in collateral cost savings compared to traditional methods, which require an on-site technician through the duration of data acquisition.

“The TDMS interface was easy to use,” said AEP engineer Jeff St. Amand. “The TDMS is passive and does not require the plant to make specific power ascension MW hold points.”

EPRI is now sponsoring a project at a new coal-fired plant in the Czech Republic to directly compare the TDMS data to blade-tip timing data captured from an ultrasupercritical fossil unit. To date, the results have indicated that one-shot torsional tests are not sufficient to observe operating modes of these units.

TDMS has the sensitivity and longevity to make observations that were previously impractical. The data indicates that the forced torsional frequencies are not constant. In one example, amplitude modulation of current carrying frequencies were observed that produce sideband torques in proximity to the expected forced frequencies. Such modulations are speculated to be consequences of varied power factor on the grid among other potential sources, such as generator health.

The sources of these sideband torques are the subject of ongoing research. The significant consequences of this finding may include a reassessment of frequency avoidance band criteria accounting for measurements of the time-varying torsional forced frequencies. And it provides a growing body of information that makes the case for continuous monitoring of torsional vibration as part of the loss prevention plan for steam turbine generators.

The TDMS technology has been proven to survive and measure data from more than two years in service, and it is rated to survive at 6,000 rpm with intermittent service capabilities to 35,000 Gs.

In 2016, the TDMS was commercialized (Figure 2) to make this development accessible and affordable. The mission of the TDMS is to meet an industry-wide torsional vibration monitoring need while offering significant cost savings. 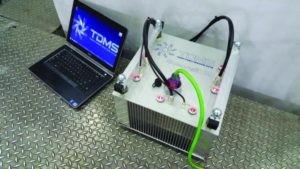 2. Compact, but powerful. TDMS is an accessible and affordable option for the power industry. Courtesy: Suprock Technologies

We know how fast the energy world can move these days. Sign up for our updates and don’t get left behind on the latest happenings.